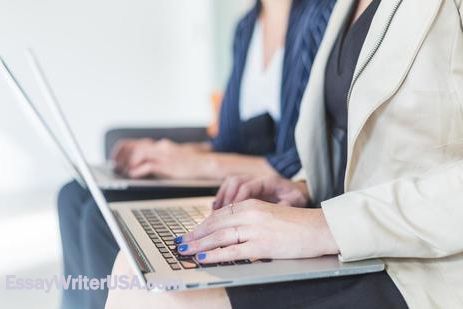 This is simply the reformulation in international law of an old domestic norm. If someone wants to leave our house, we should not hold him back by force. If someone expresses a desire to stay in our house, the members of the household will decide whether or not to allow it.

However, since time immemorial there have been certain customs or ethical standards that determine, or at least influence, the application of the domestic norm. Among others, innocent fugitives, people threatened by deadly enemies, people with immediate need of shelter who do not see themselves in this situation because of their own fault, should be allowed to stay for one night, for a couple of days or for the time that their need situation lasts, although not necessarily for a longer period of time.

Since the members of a house live less comfortably by sharing their home with foreigners (unless they perform unpleasant domestic tasks), deciding whether or not to admit foreigners at home, for how long and under what conditions It has always been difficult. However, it is not simply a pragmatic decision, but also a moral one. A country has the same problems as a house. Deciding who should stay, for how long and in what conditions is also an ethical decision in the case of a country, just as it is in a home.

Maybe the angels of the Lord never try to immigrate to our State; But let’s make the immigration laws such that if they did, they would be admitted. We do not know anything about those angels, their race or their culture. But

We know two things: the angels of the Lord followed the domestic rules of Abraham’s tent, and Abraham did everything he could to make his stay as comfortable as possible.

The domestic norms of modern states or of the newly built European house need not differ much from domestic norms in general. (And the same will be valid for the rules of an Asian house or Latin American house if these houses come into existence). Domestic norms are there to establish the minimum conditions for life together. Living under the same roof with other people is linked to certain obligations; but these do not have to include anything other than the strictly necessary condition so that people can live under a roof. Those who reside for a shorter period do not have to comply with all the rules; however, those who stay longer or do it definitely should.

What are these domestic rules?

First. Guests or immigrants must respect the laws of the State, even if they came from States with different laws. Respecting the laws does not imply the obligation to love them, only the obligation not to infringe them. Since the laws were there before they arrived, those who enter a house are entering a legal system at the same time.

Second. Immigrants do not simply arrive at a state, but arrive at a society. They must also comply with the unwritten laws that provide the minimum conditions for human relations in the given society: this is the case of the rules of hygiene or urbanity. The willingness to learn the main language of communication is also part of these unwritten laws.

Third. Immigrants have to contribute to the welfare of the home. Clearly expressed, they have to work according to their abilities and household guidelines.

These three rules are not rules of culture; they are the rules of civilization. For example, learning the language of the society that surrounds us is one thing, becoming familiar with the poetry of the country is another. Whether one speaks another language better or cultivates another type of poetry or music has nothing to do with domestic norms. The circumstance that a group of people comply with laws and regulations different from the laws of the State has nothing to do with domestic norms either. Poetry, music, religious or ethnic customs are cultural issues and not obligations of a particular civilization.

If one were to confuse culture with civilization, he might reject the angels of the Lord if they wished to immigrate. Angels are different, they are rare; they do some things that average citizens do not do, they follow strange customs, different norms are imposed from the common ones.

Respect for difference is the first obligation of a good host. This, too, is not simply a pragmatic obligation, but also an ethical one immigration thesis, as is the obligation of the immigrant to comply with domestic norms. The host is always in a position of power: he is the one who grants or refuses to grant refuge, he is the one who establishes the domestic norms and is familiar with its ramifications. Therefore, their ethical obligations are immense. It was due to a feeling of increased responsibility that some European or North American intellectuals felt less and less comfortable with their own domestic norms, inclined to abolish all these norms. But such a movement, even if motivated by conscience, is not correct. Not only the intellectuals, but the whole community is the host. Abolishing the norms of common civilization can create a dangerous situation that could lead to an increase in hostilities and ethnic or cultural conflicts. The really responsible attitude is to correctly distinguish between the minimum of civilization (domestic norms), on the one hand, and cultural difference, on the other. People educated in a specific culture are naive universalists. Ethnocentrism may be supported by the belief that our culture, poetry, religion or food is naturally the best, and all people who practice other customs or beliefs simply are not yet rational enough to appreciate the truth. The good host does not belong to this type of rationalists. Rather he believes with Leibniz in the possible harmony of all kinds of immeasurable differences.

I can illustrate my distinction between civilization and culture with another well-known general institution, education. A small child (during its first year of life) is the best example for universalists. All children are universally human in the strictest sense. If you smile at a young child, you will react in the same way whether it is white or black, boy or girl, taken from one cultural medium or another. At the same time, each small child is totally unique, individual, and idiosyncratic. The unity of the universal and the individual in the soul can be experienced here clearly. What happens next, usually between the year and 10 years of age? Children have to learn the minimum conditions of human interaction, that is, the rules of their civilization. This civilization is already different (of all others), but at this level the difference is abstract. The concretization of the difference comes later; the result of this process is what we could call culture in the most general sense of the term.

Insisting on acceptance of domestic norms means asking immigrant groups to renounce some abstract features of their difference, but in a way it also means that their concrete differences are not affected. It would be deceiving oneself hypocritically to believe that this happens without suffering or pain. It is the obligation of the host to alleviate this suffering and compensate for the pain: the greatest compensation is an increased level of respect.

The contents of the obligations of the host and the foreigner are of a different nature, but the obligations are reciprocal, and they have to be as symmetric in that reciprocity as humanly possible.