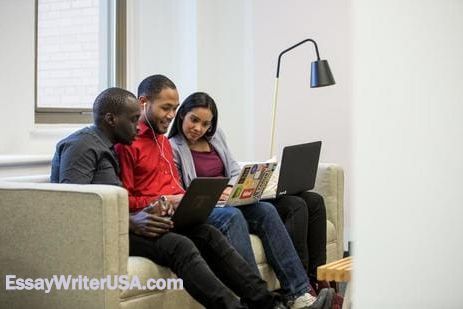 Approach to the content, definition and methods of poetry

Attempts to define poetry have been very varied over time, taking into account the evolution and meaning of it, from Homer and Herodotus to our days, the various currents and stages through which it has passed, and will continue to happen, due to the philosophical as well as the cultural changes through which it has crossed, it crosses and it will cross, the language, it can be concluded that poetry and its being is indefinable, not so, the poem that manifests it literarily.

My reflections on the fundamental aspect of current poetry and its manifestation are intended to give, simply, a view about what is poetry, the poem and the poet, and summarize and compile the ideas about it that have seemed more outstanding and clear on this subject of the existing bibliography, starting from some reflections of very recognized authors. I try to expose, in a didactic way of a poetic workshop, my vision of what and how the poetic word should be, in order to manifest itself and make resonance in the senses and be able to achieve the title of poetry with artistic meaning.

According to Octavio Paz, definition of poetry, in its essence, is a recreation and a revelation of what already exists, through literary language, after elaboration in the consciousness of the poet. (But in reality it is not talking about poetry, but about the poem, unless we call poetry everything that is written in a poem, just as it was called, in other times, to versify, everything that was translated as lyric and that , the Greeks denominated poetry to everything that was literary either in verse, or in prose.

Obviously, poetry is different from poem. However, everything that has been said about poetry generally defines poetic effects, but does not define poetry, because the concept of “poetry” is abstract and, as such, susceptible to being considered in one way or another, depending on the individual perception of the phenomena of nature and the sensitive impact it produces in each one, susceptible of being invented in each opinion.

When we say “this is poetic” we are referring to that it has beauty or it seems beautiful to us. It impresses us; it provokes sentimental emotion in positive or negative aspect, subjectively. “This is poetic” is said vulgarly or daily to express that something contains loving gestures, that I fall in love, that I get sweet feelings, mellow, pleasant and easy, or sadness and sadness, but that does not define what poetry is , neither that is poetry, but different causes that cause sentimental affections and emotions. (Any art can provoke it and any disaster too) But we are always talking about the effects of something, but not “that something”.

Poetry in general is what defines the expression of:

Feelings; aesthetics or beauty through the word, so that another (the reader), is transported to a different sensitive world and, moreover, means an intangible (spiritual) essential for life.

In short, there is a tacit agreement among all that it is the manifestation of something. And if this were so, anything would be poetry.

The forms of poetry

Cesar Vallejo was never subject to rules and said that in order to poetize “the common language had to be redistributed” and so he used nouns for adjectives and invented onomatopoeias by eliminating the links between words or verses and also used words that were not in the dictionary or invented them.

The meaning of words must not be static and poetry must be the movement of them.

Each poet invents his own movement, choosing the words that are related to him, configuring with them a singular drawing.

This movement is what we call “rhythm”.

The rhythm in poetry must be felt as it is felt in a melody, based on selecting the words and arranging them in a closed or particular way of placing them verbally, altering their logical grammatical space if this way we achieve more rhythm or more expressiveness.

The important thing is to know how to adapt what is said to how it is said.

The beginning of a poem leads to its completion because it leads you to its totality. This beginning is produced by a dream, an encounter, a memory, a vision, a desire …

The truth is that, many times, we criticize the poems because we break the rhythm when reading them and, if we have the poet in front, we indicate it and we suggest looking for that rhythm, but nobody is able to tell or explain to the poet how to get it or why the rhythm breaks. It is as if the rhythm suffered from explanation and coherence, from norm. It is music, but it does not follow the rules of the staves and the musical scale. It is much more complex, because it is not done with musical notes, but with the conjugation and play of the words, whose sound is inside each phoneme, of each stressed syllable or not, of its beginning and ending, of the used verb tense, etc.

In the absence of definite rules, it is very difficult to specify or qualify a logical explanation of the rhythm. However we will normally say the rhythm can be achieved with:

Where does the rumor come from? It is not known, but if we observe that this sound repetition forms the rhythm, it is a noise or a rolling; it is the repetition of each phenomenon that is marked by sound.

Through specialization, the rhythm and meaning of the poem is realized.

The specialization graphically reflects a rhythm that responds to the expressive needs of feelings, emotions and feelings, making it a kind of guide.

There is no thought or feeling without verbal representation. The way to do it is precisely its representation. Nothing ends in form but in idea, for that reason the form never ends.

It is a poem that is constructed from the projections of the poetic meaning of one verse over another.

It is a poem that is constructed from broken poetic lines (two separate parts in the line) separating antithetical concepts or direct and indirect complements of the verb.

It is a poem that is constructed from lines with wide irregular gaps to which each reader will freely access.

This way of making poetry is based on the visual image that, without a doubt, catches the reader, getting to use unusual forms, because the graphic image can be the form that the poem adopts or emerge from the poem with arbitrary order, both of drawings, as of fragments of words or distances between them. In this type of poetry there are usually no punctuation marks and words come and go, so the poet must have a lot of ability to achieve the desired effect. (You also had to have it in classical poetry for rhymes and measure at the same time and get the effect).

Conclusion: what should poetry produce?

Poetry must produce an enchantment in the reader and is achieved by combining meanings and sounds and, depending on this, transmit an emotional effect and a rhythm.

The sound of the words must transmit the inner rhythm that the poet has felt like a tune that repeats itself and is the product of the emotional impression that the poet receives before the object or situation that the poem provokes and inspires him under the muse, making him whisper Shrews

The poet plays with the musicality of words, syllables and phonemes, exploring its potential meaning. He must, therefore, know well the vocabulary and its real semantics or create an invented one.

The repetition of the same phoneme (letter) carries a rhythmic sound effect that creates a melodious geography. It should not be forgotten that music in Greece, Egypt and in the first ancestral cultures, was represented by graffiti or phonemes that represented long or short sounds according to the signs that accompanied them, as symbols of sound. Later it was created a musical language that is what we know today by music theory.