How to Write Descriptive Essay 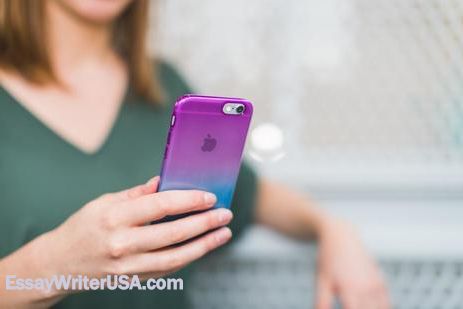 The Cambridge English Dictionary defines the word describe as “to say or write what someone or something is like.” It is primarily using illustrative language to give a detailed account of something or someone. Descriptive writing is one of the most popular forms of essay writing and which students often encounter. This type of paper requires students to engage all the five senses of the reader, that is, sight, sound, smell, touch, and taste using literal tools, which we will discuss in detail in this article. Descriptive writing enables the audience to get a clear mental picture of the ideas that the author is trying to convey.

Like other forms of essay writing, there are dos and don’ts which act as a guide.

Here are Some of the Don’ts When Writing Descriptive Essays

The example of descriptive essay below describes an event that took place. Take note of how the paragraphs are organized in chronological order, avoiding any confusion that might arise in the process. The first paragraph introduces the event; the body highlights more on it while the last section concludes the event and the essay.

The silence was deafening, the only sounds that could be heard coming from our beating hearts. The moment we had eagerly waited for had finally arrived. Who was going to emerge victoriously? That was the question that lingered in everyone’s thoughts. I knew I had given it my whole and definitely deserved to emerge the winner. But was it enough? There is no denying that all participants had given their best. Therefore, we all had equal chances of taking the top position. The science contest was an annual event, where students from various schools within the districts competed in, all with an aspiration of emerging the top. The judges were going to have a tough time identifying the best student; we all had submitted amazing projects on rather exciting topics.

The dream and desire to emerge victoriously was something that started the moment I stepped foot in college. I remembered attending my first contest while I was a freshman, two years later, I would also get the opportunity to be a participant. In that period, the competition had grown bigger, better and more competitive. Standing in that room on that day awaiting the judges’ decision was almost enough for me. It had been a month-long completion, and a majority of the participants had already been eliminated, and only ten of us remained out of the over one hundred that had entered the competition.

Unlike other years where only a maximum of eight people entered the final round of the competition, they had made adjustments allowing two more individuals. That is how good everyone’s presentation was, to the extent that they had made changes to the rules. The more I reminisced about my journey to that moment, the more I got convinced that even if I did not get the top prize, getting to the top ten was an achievement in itself. Was I going to give up on my dream so easily? Or was it just a ploy to console myself just in case I did not get the top price?

This is the moment that I had been working towards, not just to emerge the best but I was sure my project would have an impact on the environment. I wanted that recognition because I believed it would propel my ideas further and into the world. I had wandered off, pondering on what could have been or might be, but I was not about to throw the towel in just yet. There was not much that I could do at that moment except hold on to the hope and belief that I had done a fantastic job.

The speeches were finally over, every judge commending us for the excellent work done while at the same time encouraging us to pursue more exciting concepts and projects that would positively impact humanity. The second and first runners-up were called out, the roar of claps and congratulatory messages thundered throughout the room. But just as quickly the place went silent as we waited for the victor to be called out.

“Jane Russell” at first I could not believe my ears. I got slightly startled but quickly regained my composure. I had done it; I was the top student at the contest. All my sacrifice and commitment had finally paid off. It was a journey which I almost gave up on in every instance but chose not and instead put more dedication into it. I deserved every bit of the win just like my counterparts who had put their whole into it.

The descriptive essay example below describes trade in the ancient times. The Silk Road is what connected the east to the west and vice versa. The author uses literal tools to make an essay that would otherwise be primarily factual and boring, be interesting and exciting while still highlighting the facts.

Approximately 2200 years ago, the Silk Road was established. It was about 4000 miles long or more, connecting the East and West using both the land and sea. It was a trade route that connected the known world at that point in history. Well, today we boast of the internet, airplanes, ships, and electric trains as a means of connecting the world. The Silk Road got its name from silk, a rare but highly demanded commodity. This route encouraged interactions between civilizations through monetary and cultural exchanges.

The silk came from ancient China, in exchange for rare commodities from the known world. The Silk Road revolutionized the globe spreading both good and societal evils. Although it helped transform civilizations by offering them goods they lacked, they were those that took advantage and used it to spread evil. The route snaked through the valleys of the Tibetan plateau, the highest point on earth, the Himalayan mountain ranges, Indian subcontinent, the hot Arabian deserts to the Mediterranean Sea and the rest of Europe. It also ran on the Asian coastline connecting to the African coasts.

There is no denying that the Silk Road had a significant impact on the world. It brought an era of progress and prosperity for civilizations. For example, areas, where there were issues of food insecurity, would trade other goods for foodstuff. Other exchanges included religion, culture, and art. It is thanks to the Silk Road that the world was introduced to the pen, paper, and printers. Evils spread too in the form of Genghis Khan, a Mongolian dedicated to unleashing his wrath onto the world. However, the world was more focused on mutual co-existence and righteousness which outweighed the evils.

Although the Silk Road ceased to be effective and functional, it did have a significant effect on the world as we know it. It connected civilizations, promoted coexistence and encouraged learning from one another.

The descriptive essay samples provided offer a clear insight into how one can go about writing an essay. It is said that Rome was not built in a day, therefore do not expect to be perfect at the start. It takes lots of training to reach a point where your essays are up to par. It all begins in kindergarten, where you learn how to construct your first sentences. With the right determination, by the time you’re in college or universities authoring such compositions will be like a walk in the park for you. The dos and don’ts given will also guide you to polish your work.