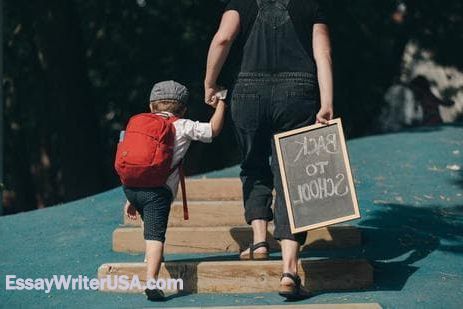 There is a growing movement of health professionals, including doctors and scientists, and citizens who are against animal testing for specific medical and scientific reasons.

There is a predominant perception in our society of the need to experiment with animals to develop vaccines, remedies and treatments for human diseases. Proponents ask what will happen to research on AIDS, cancer and heart disease, for example, if animal research is completely finished. Will the progress in the development of treatments and remedies for these diseases also end?

There is a growing movement of health professionals, including doctors and scientists, and educated citizens who are against animal testing for specifically medical and scientific reasons. They claim that research with animals is based on a false idea: that the results obtained from non-human animals can be applied to the human body. The reactions of animals to drugs, vaccines and experiments not only differ from those of humans, but differ from species to species. Not taking into account this profound difference has been and still is very costly for human health.

The most infamous example of the dangers of animal experiments is the tragedy of Thalidomide from the 60s and 70s. Thalidomide appeared on the market at the end of the 50s in Germany, after tests on thousands of animals to check your safety. It was sold as a sedative for pregnant or lactating women with the guarantee that it did not hurt either the mother or the baby. But despite safety testing, at least 10,000 children of mothers who took Thalidomide were born with severe deformities.

“I have studied the issue of vivisection for 35 years and I am convinced that animal experiments are increasingly separating the medicine from the patient’s actual cure. I do not know of any instance of an animal experiment that was necessary for the patient. Advance of medical science, much less an experiment with animals that may be necessary to save a human life. ” – H. Fergie Woods, M.D.

Clioquinol is another example, according to the “against animal testing facts”, of a drug whose safety was proven in animals and which proved to have a very negative impact on humans. The drug, manufactured in the 70s, was sold as a safe remedy for diarrhea. Clioquinol not only did not work against diarrhea, as promised to patients, but actually accentuated the symptoms. Because of the Clioquinol dispensation to the public, 30,000 people were left blind and / or paralyzed and thousands more died.

Are these two examples simply isolated cases? Although the pharmaceutics products are tested routinely in animals, the Journal of the American Medical Association ensures that 100,000 patients per year die from prescription drugs and that more than two million are hospitalized with very serious complications from them. The British Medical Journal revealed that four out of ten patients who take a prescribed medication will suffer noticeable or severe side effects. In addition, numerous clinical observers agree that the incidence of iatrogenesis (the disease caused by doctors) is so prevalent that approximately one in ten hospital beds is occupied by a patient ill by his doctor.

And the important advances in human health derived from research with animals? The research industry cites many examples of treatments and remedies discovered thanks to animals. He argues that if the investigation with animals were suspended, it would be at the expense of health and human life.

Industry groups, for example the Americans for Medical Progress, attribute to animal experimentation advances such as the development of the polio vaccine, anesthesia and the discovery of insulin, among others. But a scrutiny of medical history clearly refutes these claims.

Two researchers, Jonas Salk and Albert Sabin, are credited with developing vaccines to fight polio. There is still a dispute in the medical industry about the way in which the development of the vaccine occurred and even about its role in the conquest of the virus.

Dr. John Enders, Dr. Thomas H. Weller and Dr. Frederick C. Robbins won the Nobel Prize in 1954 for having proven for the first time that it is possible to grow the polio virus in the laboratory in human tissue cultures. These investigators stopped just before creating the vaccine that was used by the public.

At the same time that Enders, Weller and Robbins won the Nobel Prize, Sabin and Salk began using monkeys’ kidney cells to produce vaccines despite the existence of better alternatives. At that time nobody knew that the viruses present in the kidneys of monkeys cause cancer in humans.

According to the against animal testing essay, the claim that the polio vaccine was developed through the use of animal research is misleading. In addition, the effect of vaccines is doubtful and there is ample evidence of their harmful effects. In her book Monkey Wars (1994), Deborah Blum observed that “In the late eighties, scientists who examined the cases of 59,000 pregnant women who received the Salk vaccine for polio discovered that the children of these women had an incidence of brain tumors thirteen times higher than that of unvaccinated children “. Many historians believe that the decline in polio, as in many other epidemics of the past, was due to factors such as better hygiene and not vaccination.

“There are no alternatives to experimentation with animals, since you could only talk about alternatives if they replaced with something of equivalent value, while there is nothing as useless, deceptive and harmful as animal experimentation.” – Prof. Pietro Croce, M.D.

Surgical anesthesia was discovered when Crawford Williamson Long observed the effects of ether on humans during the “ether festivities”. In the mid-nineteenth century, a popular form of entertainment was the inhalation of ether. Long saw that after inhaling it, the individual seemed invulnerable to pain, and took advantage of this observation by inventing a practical use in surgery. So the discovery of anesthesia, like many other discoveries, resulted from the critical observation of human beings.

In the last century, as a result of the conclusions drawn from Claude Bernard’s animal research, it was believed that diabetes was caused by liver damage. However, in 1788 Thomas Crawley had established the relationship between damage to the pancreas and diabetes through autopsies in diabetics.

Later, Dr. M. Barron concluded, after studying the human pancreas, that damage to Islets of Langerhans causes’ diabetes, and that it would be possible to derive insulin from an extract of them. Later, in 1920, and thanks to this information, Frederick Banting created the first extract that contained insulin.

Animal research has no effect in the fight against cancer. In line with against animal testing quotes, it is diverting resources from effective research and from the most obvious solution: prevention. According to the National Cancer Institute, 80% of all cancers are preventable. Clinical observation and epidemiological studies show that the main causes of cancer are high-fat diets, tobacco, environmental pollution and other lifestyle factors.

“Against animal testing statistics, while experiments contradictory to animals have often delayed and impeded progress in the war on cancer, they have never produced a single substantial advance in the prevention or treatment of human cancer.” -Dr. Irwin Bross, director of Roswell Park Memorial

Animals are not good models of human cancer for several fundamental reasons. Animals and humans do not suffer from the same diseases. Animal research focuses on the artificial induction of human cancer symptoms to then try to cure those symptoms. Experimental drugs and treatments identified as effective in animal models will not necessarily work in humans. Moneim A. Fadali, MD, in his book Animal Experimentation: A Harvest of Shame states that “Although more than half a million compounds were tested in laboratory animals as anti-cancer agents between 1970 and 1995, only 80 compounds reached Of these, only 24 were found to have some anti-cancer activity and only 12 seemed to promise “a substantial clinical role.” In fact, these supposedly new active agents were not so new: they are analogous to chemotherapeutic agents and known as effective in humans. ”

Having spent billions of dollars, countless animals, and more than thirty years in the war on cancer, we should have results if the animal research were valid. On the contrary, the incidence of cancer continues to rise.

The progress that has been made in the study of AIDS has come from clinical studies and in vitro studies (of cell cultures). However, animal models are still used, even though animals do not develop the human virus. Dr. Ray Greek writes about AIDS: “Using a method as archaic as animal models to combat a 21st century disease is more than dumb, it’s immoral.”

Obviously, to achieve medical progress, in line with against animal testing articles newspaper, we need to try another route. Medicine can no longer be based on veterinary medicine. It is fraudulent and dangerous to apply data from one species to another. There are endless examples of the differences between humans and other animals.

When animal research is abolished, the huge amount of the federal budget spent on it (well over five billion dollars per year just for the National Institute of Health) could be invested in the prevention and clinical research that really have possibilities to improve human health.