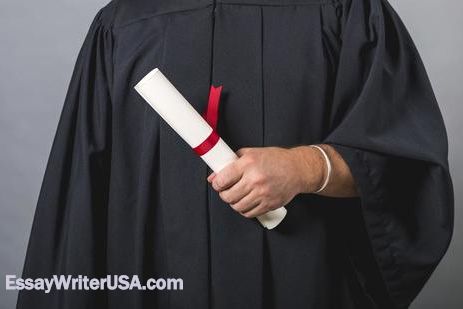 You can begin to formulate a good tentative thesis statement only after you have got a solid grasp of the purpose of the assignment. If you’re asked to write a paper in response to a specific assignment question, then your first task is make sure that you clearly understand the academic writing task. Determine which of the following critical thinking skills you are primarily being asked to apply to your object(s) of study:

Your thesis statement, then, should take a form that reflects the goal of the writing task.

2. What is a tentative thesis? Become Familiar with the Different Kinds of Thesis Statements

Almost all forms of academic writing conform to a thesis-support structure — a structure in which we find the main claim near the beginning of the essay, followed by evidence and analysis in support of this claim in the body of the essay. Your thesis statement serves as the main argument that drives your paper forward. Students are for the most part well accustomed to writing essays that follow this top-down structure; however, they usually have a much harder time adapting their thesis statements to match the purpose of the specific writing task. Never assume that you don’t need a tentative thesis statement just because you’re not asked to write a traditional academic essay.

The following lists some of the most common assignments and their corresponding thesis forms:

“What was the most important cause of America’s increased involvement in the Vietnam War during the 1960s?”

Example of a thesis statement in response to a research question:

“The escalation of the Vietnam War during the 1960s was caused primarily by America’s anti-Communist foreign policy”.

Tips on coming up with a good research question:

Coming up with a good tentative thesis definition can seem like a very perplexing task in the early stages of the writing process, particularly if you’re asked to submit a research proposal that requires a tentative thesis statement.

How to write a tentative thesis? Remember that a tentative thesis statement is not something set in stone; rather, it is something meant to help you focus your analysis and research so that the writing task becomes manageable. You should not attempt to start collecting and analyzing evidence until you have an idea of the main argument you would like make in your paper. Generating the thesis statement, then, can be thought of as a recursive process.

In the early stages of planning and writing, the tentative thesis definition helps you focus on the evidence in a certain way, but as you get further along in the writing process the analysis of evidence should also help you clarify the thesis statement.

The authors of Writing Analytically recommend that you ask yourself the following questions as you go through the process of generating a main claim for your essay:

Example of a tentative thesis statement:

“Educating Rita celebrates the liberating potential of enabling education, defined as that which remains open to healthy doses of working-class, real-world infusions”.

“Frank and Rita both end up alone and alienated”.

Example of a revised thesis:

Some tentative argument thesis statements are just simply more interesting than others. The choice of a boring or self-evident thesis statement has less to do with how brilliant you are as a writer and more to do with how good you are at identifying a “problem that is significant not just to you, but to your readers as well”. If you get halfway through your essay, and you find yourself with nothing left to say, then you can be fairly certain that your thesis lacks the intellectual vigor required to propel you through the essay.

According to the authors of Thinking It Through: A Practical Guide to Academic Essay Writing, one way that you can avoid writing a thesis statement that falls intellectually flat is to formulate one that focuses on an interesting contradiction, tension, or paradox between two things. For example, a complex thesis statement might focus on the contrast between the popular interpretation of a political event and your own interpretation, between two paradoxical themes in a novel or poem, and so on. By acknowledging the complexities and nuances of the topic at hand, complex thesis statements often come much closer to the reality of things.

Example of a thesis statement that examines a contradiction:

“While The Long Day’s narrator exemplifies many tenets of new feminism, such as a commitment to women’s economic independence, her feminist sympathies are undermined by her traditional attitudes towards female sexual expression.” -Writing at the University of Toronto

6. Write the Thesis Statement as a Complex Sentence

Example of a thesis statement that is weak in structure

“The Nativity is a high-spirited comedy and The Crucifixion is a brutal tragedy. Both medieval plays explore a common theme: the intersection of the human and the divine”.

Example of a complex thesis statement

“Although one is a high-spirited comedy and the other a brutal tragedy, the medieval plays The Nativity and The Crucifixion explore a common theme: the intersection of the human and the divine”.

In these tentative thesis statement examples, the information in the subordinate clause consists of what is already known or self-evident about the plays, whereas the information in the main clause emphasizes what is less obvious, and therefore more interesting about the two plays. Together, the two parts of the sentence make explicit the interesting contradiction that will be examined in the essay.

Q: Must the thesis statement have a three-part structure?

A: No. The three-part thesis statement is likely something you learned in high school that was intended to give you a basic sense of organization and structure.

When constructing your thesis statement, you should feel free to use as many, or as few, points as you need to make a suitably complex argument.

Q: Can the thesis statement be more than one sentence?

A. Yes. While you should always strive to make the thesis statement as clear and concise as possible, in some cases, you will need more than one sentence to fully articulate your argument. By always trying to adhere to the “one-sentence rule” for thesis statements, you may inadvertently do the following: reduce the complexity of your argument by restricting its expression to one sentence, or obscure the argument by cramming too many clauses into one sentence.

Q: Does the thesis statement have to come at the end of the introduction?

A: No, but by convention the reader will unconsciously expect to find the main claim of the paper somewhere near the end of the introduction. This placement makes sense from a genre or rhetorical perspective because the thesis statement will likely be more compelling or persuasive if you’ve already established some context for it in the opening parts of your introduction.

Q: Should I use the first-person pronoun “I” in the thesis statement?

A: Generally speaking, the use of “I” in the thesis statement is a matter of your personal preference and writing style. Some arguments are worded very explicitly, while others are expressed in a more neutral and detached way. In either case, a phrase such as “in this paper, I will argue that …” can serve as an excellent writing prompt that invites you to word your thesis statement as an argument. Whether or not you decide to keep this phrase in the final version of your thesis statement is up to you.

The stricture against the use of “I” in high school essays, according to the tentative outline definition, was intended to teach you to avoid using subjective experience or personal conviction as the basis of your claim; thus, if your argument is grounded in solid evidence and analysis, then you should not be overly concerned about the use of “I”. Check with your course instructor if are still in doubt about when and where to use “I”.