The Pedestrian by Ray Bradbury Essay 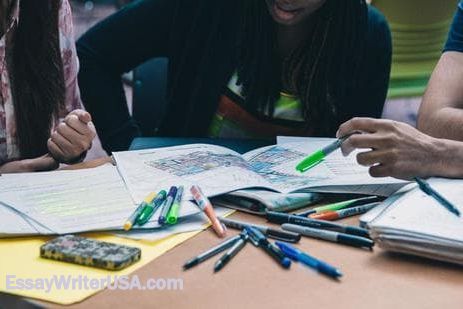 Ray Bradbury is one of the writers of the genre of science fiction best known in the United States of America since the 1950s when the publications of some of his most famous stories were made: The Martian Chronicles, The Illustrated Man and The Golden Apples of the Sun. The first important reference for this work is the book The Golden Apples of the Sun that is a compendium of random stories without any apparent relationship, since you can find both science fiction stories and fiction in general. The second important reference for this work is the television series The Ray Bradbury Theater, which aired in 1985 with 65 episodes, each of which refers to a story by Bradbury. The author himself was involved in the production of the series and he himself introduces the series with a short narrative of how people ask him where he gets his ideas and where he conceives them.

The edition that I will use The Golden Apples of the Sun is the one published after 1990 that deals with reprints with other stories added over the years since its first edition in ’50. From this text I will deal with three specific stories: “The Murderer”, “The Pedestrian” and “A Sound of Thunder”. These three stories do not seem to be connected beyond the main theme, science fiction, but outside of it each one it contains its own subtopic and each subtopic leads to one of the most recurrent themes of Bradbury in its history: dystopia or anti utopia. Many see technology as a bright future in the evolution and realization of the human being, Bradbury in some of its history sees the opposite, sees a future ruined and scrapped by the technological advances themselves, examples of them can be seen in “The Pedestrian” by Ray Bradbury theme, as the walker becomes an obsolete figure replaced by the television. “The Murderer” tells the story of a killer of machines in a psychiatric center and “A Sound of Thunder” tells us about the consequences of taking technology as a game when a group of hunters travel to the past to hunt dinosaurs and a simple mistake changes the future.

The focus of this work is also the comparison of the text with its television counterpart The Ray Bradbury Theater. What seemed to be a nightmare for the narrator has arrived; the television has begun to replace reading with a new method of narration (which may in one way or another seem to come out of the medieval oral tradition) that combines the verbal with the visual a combination that has turned the television and technological advances into the center of attention of the last generations of the twentieth century and the most recent of the twenty-first century. In addition to certain Freudian perspectives on the subject, the “flâneur” as explained to us by Walter Benjamin and the social punishments according to Foucault.

The Pedestrian by Ray Bradbury analysis

What is the pedestrian by Ray Bradbury about? I’ll start with the story “The Pedestrian” that tells about the nocturnal walks that Mr. Leonard Mead usually gives through the city while the rest of the population are gathered in their homes watching the television. It sounds quaint to hear it, since today we live part of that reality, which Bradbury described almost sixty years ago, it should not surprise us that the television became one of the main domestic artifacts of the human being. Leonard Mead is a habitual walker or stroller, is what Baudelaire calls the flâneur, although if we see well in the words of Domingo Faustino Sarmiento:

The Spaniard has no words to indicate that farniente of the Italians, the flaner of the French because they are one or the other in their normal state. […] The flâneur also pursues one thing, that he himself does not know what it is; look, look, examine, pass in front, go gently, make detours, march and reach the end … sometimes on the banks of the Seine, the other boulevard, or the Palais Royal more often. (The Pedestrian by Ray Bradbury text)

Speaking about The Pedestrian by Ray Bradbury questions, we compare that Leonard Mead walks alone while the flâneur walks through the crowd we see the parallelism of both figures. Mead looks for the same thing as the flâneur, which the flâneur looks for from the crowd, looks for company in the solitude of the streets, it might sound contradictory but the flâneur walks through the crowd trying to find the company knowing that he will not find anything like Leonard Mead when he walks through the empty streets at night and as in the introductory appointment of this essay never in all the years of walking at night has met another person. It is such an idealized society that the only walker in the city walks in solitude, accompanied by empty sidewalks and roads free of vehicles because the population has another very special means of relating that a Baudelaire with his Parisian flâneur could never have imagined . When we compare the story with the episode of the television series The Ray Bradbury Theater we find the same idea of ​​the walker, but this time the walker does not go alone but accompanied by a friend who convinced, another aspect is the illegality of their night out as they can be arrested, as well as being the only supposed patrol of the entire city (in the story the patrol is a car and in the episode a helicopter, both automated) always give to stop with them, something that in the episode is little credible (later I’ll continue talking about the patrol). The flâneur takes another concept in the episode, because that loneliness, that sharing with other travelers makes it possible for Mead to transmit his ideal to his friend.

The television came to replace the collective loneliness that existed among the people of the crowd of the city by an individualized solitude, since people no longer have to leave their homes altogether to know what is happening in the world. Although if a group of individuals can congregate next to the television, the experience becomes a personal one since each individual can receive the information in a different way and transmit in turn some discontent.

The character somehow mocks the attitude collected from the crowd gathered in front of the television, while he walks under the natural air; they are enclosed in the darkness of a loneliness of false collectivity and ambiguity, which produces discomfort among the masses as in individualism.

The TV as it happens in “The Pedestrian” has been housed in every home in the United States of America, with its programming and easy entertainment induces unconsciously that the viewer to sit and spend hours acquiring knowledge that may be of relevance to the individual, as it may not.

After all this we still have to talk about the story the end, when Leonard Mead back home is stopped by the only police vehicle in the city. With this I return to that point that I mentioned about the vehicular differences between the episode and the story. We talk about how Mead is stopped by the automated police (controlled by a robot) who questions Mead about his reasons for being out of his house, to which his answers seem trivial to us, but it is quite possible that for the laws of that bradburiana dystopia it was a crime to go out at night, to think outside the social parameter of the moment.

In line with The Pedestrian by Ray Bradbury summary, the helicopter is the tower that observes everything in the city, there is nothing that escapes, points with its focus the specific point, this way they find Mead and Stockwell (who does not appear in the story) the same exchange of words occurs as in the story with the difference of Mead’s lack of emotion and without asking too much about the reason for the arrest since the episode tends to be clearer and shows us that the government seems to be one totalitarian. After a futuristic vision of the fifties, of appreciating the flâneur as the traveling poet Leonard Mead, of appreciating the strange punishment he suffers and the panoptic and ominous vision of the social injustice of this dystopia, it is only necessary to move on to the next topic and see what new game Bradbury proposes.