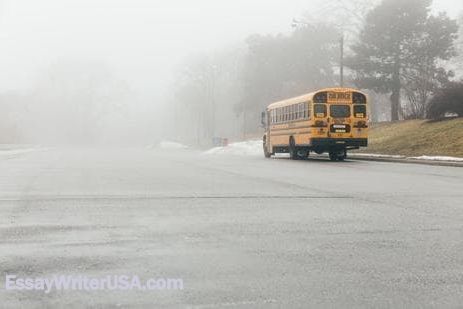 In the analysis of traditional neoclassical microeconomics definition, there is a fundamental gap: the economic study of the capitalist enterprise. The orthodox view in the supply part supposes that this is a mathematical function of transformation that complies with the properties of Euler’s theorem, for which reason this theoretical explanation has been oriented to the analysis of the rational use of productive resources, to that of the maximization of benefits, that of minimizing costs, and that of the equilibrium of companies, but it does not study or examine or formulate the respective economic operation laws. The object of analysis has been replaced by the study of the choice, the optimization processes and the conditions for the equilibrium of the markets. Faced with this void, the post-Keynesian microeconomic theory offers us a vast explanation of the dynamics of the company’s functioning and evolution, and this article deals with this.

Many economists from other schools of thought: Keynesians, Post-Keynesians, Institutionalists, evolutionists, regulators, Marxists, Kaleckians, Neo-Cardians have developed alternative explanations to the orthodox view using a different theoretical framework of analysis. In this document we present a coherent and systematic explanation that the post-Keynesian school has developed in recent decades.

Microeconomics is the study of individuals, households and firms’ behavior in decision making and allocation of resources.

Post-Keynesians have analyzed and highlighted in their research the characteristics of private enterprise, which make it fundamentally dynamic. The systematization of this knowledge is what we call the dynamic theory of the company. In the present text we propose to show that from the existing literature can be built a coherent and systematic explanation of the producing units, which has the quality of becoming a great instrument for theoretical analysis and empirical research of the company and the industry. Not only is it an alternative proposal to the traditional theory, but it is also qualitatively superior to that reproduced in microeconomics textbooks.

This exhibition has been prepared with the same thematic sequence in which the traditional microeconomics is presented, with the aim that the researcher or student of the subject can confront the dominant explanation with post-Keynesian analysis. In this way, the reader will be able to see that each one of the pieces of the orthodox theoretical construction corresponds to another one in the post-Keynesian alternative explanation.

In the first place, we define modern microeconomics and differentiate it from neoclassical theoretical elaboration; in second, we analyze the characteristics of the private company; in the third, we turn to the explanation of the theory of production and the theory of costs; in fourth, we continue with the study of the theory of pricing and the condition of value of the company; finally, we systematized the structural foundations that make the company a dynamic entity and lead it to processes of accumulation and competition in its industry and in the economy as a whole.

The term modern microeconomics has been coined by Anna Koutsoyiannis to refer generally to the theoretical elaboration of a set of unorthodox economists. Modern microeconomics or new microeconomics is a coherent synthesis of contributions from different fields of knowledge, such as: administration, business and industrial performance analysis, institutionalist study and post-Keynesian literature, whose objective is to provide a theoretical model for the study of the company and the industry.

Microeconomics is concerned with the choices made by small economic units such as individual consumers, individual firms, or individual government agencies.

Between the neoclassical traditional microeconomics and the post-Keynesian microeconomics there are fundamental differences that go from their method of theoretical elaboration to their conclusions, going through a very different theoretical system. The method of theoretical construction of orthodox microeconomics is based on the definition of a set of general theoretical assumptions, which determine its analytical framework and delimit its argumentation as well as its conclusions. For post-Keynesians, on the other hand, the procedure is different, based on empirical studies and analyzes that offer a set of characteristics and relevant relationships, which some economists have called stylized facts. This characterization allows us to define a set of useful instrumental assumptions to perform the necessary analytical exercise in the study of economic phenomena.

Investment theory, in line with microeconomics examples, has a central importance in the post-Keynesian theory of supply, where the first topic that should be considered in the study of the company is the theory of investment, because the decision of how much to invest is more important than the investment theory.

The first step to construct an alternative theory of supply is to recognize that the big corporation dominates and determines the evolution of the modern capitalist economy. Microeconomics focuses on supply and demand.

The fundamental objective of the capitalist company in the short term is to obtain benefits, at least enough to survive. In the medium and long terms it is to grow and expand at the highest rate possible. Since that has solved the problem of its survival, the objective that dominates is its continuous capitalization.

Within the company, a set of efficient resources (physical, human, tangible and intangible) is planned and managed to produce and sell one or a set of goods and services. That is, the business organization is the relevant one to cover all stages of production until sale to the buyer. This productive organization in the company can assume multiple forms, although over time it has changed from cooperative schemes from the beginning of the pre-industrial era to modern systems of just-in-time. In the same way, the organization of the production can be carried out in one place or in several plants and in one or several countries. The important thing is the relevance of the organization according to the technology of the company and the market it faces.

We must emphasize that, whatever the magnitude and geographical location where the company operates, its technological and organizational characteristic is to have a set of fixed technical coefficients (in the short term).

In the analysis of the productive process, the production line is the simplest unit of study, since it is the transformation of inputs into products. Each line supposes a technology and a medium level of efficiency and performance. And in the short term, the company can only increase or reduce its production if it incorporates or moves lines. This possibility that the company has to increase or reduce lines is what determines a sufficient supply elasticity to face the variations of the market demand and the product cycle. Therefore, we can conclude that the company has a perfectly elastic offer before the changes in market demand.

The large corporation has an administrative structure that allows it to coordinate all the activities that take place in it in order to achieve short, medium and long term goals. And since the goal of the large corporation is to expand at the highest possible rate, measured by the growth of cash flow or by some other related measure, such a structure is not only designed to deal with short cycles of demand, but to manage growth in the medium and long terms.

The large company is developed in an economic context where competition is a complex process that is not reduced to the free play of supply and demand, or adjustment between prices and quantities, but takes place through different business and industrial structures, technological and organizational strategies.

In summary, the construction of modern microeconomics begins with the recognition of the most relevant characteristics of corporations and their market. It is about putting the accent on the economic structure of the company, which determines its dynamic character and its capacities for growth and concentration.